I sometimes think Hmong people have an almost spiritual sense when it comes to recognizing other Hmong people. In speaking with my Hmong friends who saw the video, they too immediately thought he was Hmong.

As if it wasn’t hard enough to know that another injustice was compounded onto the surmounting hurt and pain the African-American community was feeling, now, we were seeing a part of ourselves reflected in this police officer’s lack of intervention and complicity.

The day after the video came out, I contacted Dr. Theon Hill to process this with him as a race scholar. Not only is he a friend and Wheaton colleague, but he’s also a fellow resident in Aurora, IL, where, just two nights ago, our city experienced a long evening of protests which ended in rioting and looting.

In our email exchange, I realized there’s so much about American racialization that the Asian-American conscience, Hmong in particular, is being awakened to at this moment.

These are complicated feelings for a people group that have fresh wounds from our own recent war-torn history.

Yet, despite these feelings, many of us join the sentiment of my friend Der Lor, who’s a Hmong pastor in a multi-ethnic church in the Twin Cities. This weekend, he marched in solidarity with a sign that read, “Hmong Americans for Black Lives.”

I don’t mean to take attention away from George Floyd and the countless other African-American lives threatened or lost by gross and excessive authority. But I’m sharing a little of what it looks like for a small Christian refugee community to enter into this American crisis—the coming of age for Hmong-Americans and perhaps other Asian groups.

We are a complex group composed of people and structures that have been complicit with an anti-black bias. But we are also a group composed of many who are sensing and (imperfectly) responding to divine invitation to be advocates and allies.

On Pentecost Sunday, I gave a message from Acts 2:17-18 entitled “Holy Spirit and Teenagers Dismantling Anti-Black Bias.” My congregation was a group that I’m most accountable for as a Christian leader—my five children. I interpreted the events of this week as God summoning them to their purpose as Spirit-filled children of refugee immigrants sent to America. And because our Hmong history includes sustained periods of marginalization and oppression, I admonished them that our empathy towards African-Americans should be extremely high as well as our sensitivity towards the anti-black bias that exists both in our society and within ourselves.

I expounded Peter’s understanding of the coming of the Holy Spirit rooted in the prophet Joel’s call for deep repentance and divine justice. And by the end of my sermon, I couldn’t help but dream a dream for them: God has placed my children in America for such a time as this to be prophets from the margin, working to dismantle anti-black bias and racial prejudice in the name of Jesus and in the power of the Holy Spirit.

My dream, and by the Holy Spirit’s prompting, their vision.

Two nights ago, I participated in the demonstrations in Aurora, IL, where both Theon and I live. What started in the afternoon as a peaceful demonstration quickly changed into rioting and looting by evening. Joining me was another Hmong brother named Pheng, who serves on the board of a medical mission called Mission Possible in downtown Aurora.

We walked. We prayed. We chanted. We held a sign that read “Asians for Black Lives.”

We near wept at the passion of the young protestors.

Many were focused on their mission, but others had no vision. As the evening devolved, Pheng and I continued our prayer walk declaring God’s protection over demonstrators, law enforcement, and local businesses, many owned by minorities.

We felt led to pray down LaSalle Street where we walked by a jewelry store whose windows had been freshly shattered. All of its merchandise now out in the open for looters. But it was if we were directed by the Holy Spirit to be there at that exact moment. So we stood watching in front of the store warding off looters until the manager and owners arrived. The manager was a black man and the owners were a black and white couple.

When I came home late last night and recounted the evening’s events to my children, we prayed for our city and ourselves. We repented from the anti-black bias that had become so ingrained in both the American and Hmong culture. But we also felt more resolve for why we had been given the Holy Spirit, and for why we are a part of this small Hmong community in our city of Aurora.

Seeing the footage of George Floyd’s killing was like watching season four of the legendary HBO drama The Wire: it was too much for my soul to bear. The unjust death of another African American at the hands of those appointed to protect us played with my mind. The cloud of witnesses—Ahmaud Arbery, Breonna Taylor, Sondra Bland, Tamir Rice, Freddie Gray, Laquan McDonald Walter Scott, and Trayvon Martin— testify to the enduring presence of white supremacy and racial injustice in the U.S.

Like my dear brother, Daniel Yang, my son and I participated in an anti-racism protest in our hometown Aurora, IL, this past weekend. We joined a crowd that appeared to be in excess of 1,500 in a march from the city’s police station down Farnsworth Ave., a main road in Aurora, blocking traffic for over a mile until we reached the popular regional outlet mall.

We left when it appeared that the peaceful protest might turn violent.

As my son processed the scene—the massive crowds, signs, and chants—he turned to me and asked with an innocent profundity reserved for a 2 1/2-year-old toddler:

In that moment, I recognized why stories like George Floyd’s killing cease to surprise me.

I no longer have expectations for racialized minorities to be treated equally within the U.S.

Let me be clear, I long for racial justice and equality, but I see no reason to expect it.

At moments like this, public commentary often centers on challenging the nation to live up to its values. Yet, the denial of equality to people of African descent lies at the heart of the American experiment.

As rhetorical scholars Celeste Condit and John Lucaites explore in their award-winning book Crafting Equality, the U.S. understanding of freedom, justice, and equality were not designed to include people like me and my son.

This recognition was at once terrifying and liberating. The values we invest so much faith in cannot deliver the outcomes we seek. I was reminded of the words of the great 20th century theologian Howard Thurman: “It is a strange freedom to be adrift in the world of men (sic) without a sense of anchor anywhere.”

Everything became clearer for me. Suddenly, I understood, experientially, the mindset that motivated Martin Luther King, Jr’s prophetic declaration: “America, you must be born again!”

In a country built on exploitation, oppression, and discrimination, social transformation depends on a revolution of values.

Our national values could not prevent the genocide of Native American brothers and sisters, the enslavement of African captives, and the exploitation of Chinese railroad workers. They remain insufficient for our current crisis.

The revolutionary values we need cannot be located in the Declaration of Independence or the U.S. Constitution. They can only be found in the God of the Bible who hates injustice, loves mercy, and cares for the oppressed.

Where do we go from here? What is the responsibility of the church at this moment?

Cities across the nation deploy the national guard, implement curfews, and board up burned out buildings.

The late Christian activist and comedian Dick Gregory often described his commitment to fighting for justice as a “turtle philosophy”: “Hard on the outside, soft on the inside, and willing to stick your neck out.”

I think the church has much to learn from this approach. We must be unrelenting in our criticism of unjust structures, loving in our concern for humanity, and willing to sacrifice our social and political capital when necessary to stand on the unchanging truth of the God of justice.

Both of us love the city of Aurora.

As residents, God calls us to be salt and light in our local community, meaning that we remain committed to participating in local government to pursue justice in public policy, to partner with advocacy organizations in our community to care for the downtrodden, and to support faith communities as they seek to combat the devastating effects of racism.

May God give us grace and courage to live, love, and lead in a manner consistent with the Gospel we preach. 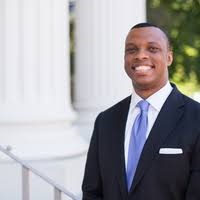 Daniel Yang serves as Director of the Send Institute at the Wheaton College Billy Graham Center. 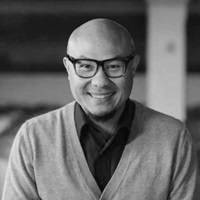 Crisis Leadership from a Christian Perspective: When Crisis Hits | The...

QAnon, Conspiracies, and Discipling the Way Out | The Exchange

Bringing the Bible to the Unreached | The Exchange

Writing Is a Terrible God