As protests have swept across the United States in the aftermath of the deaths of George Floyd, Ahmaud Arbery, Breonna Taylor and others, the sign Black Lives Matter has been on prominent display. The tipping point has been reached. Demonstrators have marched in all 50 states calling for the end of racial violence against black people.

There is the occasional rejoinder, White Lives Matter or All Lives Matter. These statements are certainly true in and of themselves as the life of every individual is precious in God’s eyes. All lives do matter to Him regardless of color. However, what these latter statements miss is the context of the racial situation in our country.

To say that white lives also matter minimizes the reality of white privilege in the United States. Those who are born white experience institutional benefits not available to those of other ethnicities. They gain access to power and resources purely on the basis of skin color as they resemble those in the upper echelons of society. Those who are privileged may struggle with this concept. They might not recognize that they enjoy untold benefits not granted to others whereas those in the minority see it very clearly.

The Black Lives Matter movement began as a response to the murder of Trayvon Martin in 2012, and the subsequent acquittal of his shooter, George Zimmerman. Being black carries with it a stigma. They are disprivileged. One automatically becomes suspicious of anyone who is from the black race whereas whites are seen as individuals and judged on their personal merit. Thus Trayvon Martin was deemed suspicious and followed by Zimmerman who was on neighborhood watch. Similarly Ahmaud Arbery was targeted for jogging in a community which had experienced previous robberies. Hence Gregory and Travis McMichael hotly pursued him.

Quite often in the past, discourse on race has been largely binary seen through the lenses of white and black. However, the human race comprises a spectrum of colors. How do I as a Chinese-American view the protests that have swept across our country?

As a minority immigrant, I’ve personally encountered racism in both overt and subtle ways. I’ve witnessed the glass ceiling, aka bamboo ceiling, limit Asian Americans even in religious organizations.

The recent PBS series Asian Americans documented the struggles of Asian Americans in this country. These ranged from acts of violence and murder perpetrated by individuals, to discriminatory laws passed by Congress. The 1882 Chinese Exclusion Act is but one example. It has the distinction of being the first significant law restricting immigration as it banned Chinese labor immigration and denied naturalization to the Chinese.

In the intervening years, Asian Americans have been lumped together and held up as the “model minority” by the dominant racial group, ignoring the hardship and poverty many of them face. Moreover, this label pits Asian Americans against all other minorities. The implicit question raised is why other people of color can’t be like Asian Americans, including African Americans?

My wife was a New York City public school counselor. On the first day of school one year, she was called into a classroom to address the frantic crying of a three-year old boy. He had just arrived from China and did not speak English. The boy kept repeating a specific phrase in his native dialect. It was “black devil.” The teacher’s assistant was a black woman and he was deathly afraid of the “black devil” each time she walked near him.

Black people are called “black devils” and white people are “white devils” in vernacular Chinese. Calling both black and white people “devils” is a reflection of the ethnocentric view of the Chinese that has remained in our vocabulary. If this boy was freshly arrived in the United States, where did he acquire his racial understanding of people if not from his family and their friends who had warned them about the blacks in America? He was assigning black disprivilege to her at the tender age of 3, a fear he did not have of the “white devils”!

Asian Americans have experienced discrimination as a minority people. Stories of injustice, mayhem, hate crimes, internment camps and even lynching are part of our history in this country. Nevertheless our overall experience pales in comparison to black disprivilege. We are not taught the sixteen commandments that Cameron Welch learned from his mother by the time he was 11 years old, rules which he has shared on Tik Tok. We do not need to constantly worry, as many African American men do, whether they will return home safely every time they leave their house. We are not looked upon with suspicion by the police purely on the basis of color.

As the so called model minority, we’ve been extended some of the residual benefits of white privilege. As we’ve risen through the ranks, we are able to command high salaried positions. We can live in affluent neighborhoods and give our children access to educational, artistic and recreational opportunities to better ensure a prosperous future for them. It is easy for us to turn a blind eye to the struggles of the less educated Asian American immigrants, much less speak out against black disprivilege. It is safer and easier to maintain the stereotypical Asian silence (one quality that makes us such a “model minority”) than to engage in activism to support those outside our race.

As an Asian American, I need to continue to repent of my own learned prejudices and support the idea that Black Lives Matter. I need to voice my objection to Black Disprivilege and see each person as an individual, not a race. Their struggle is also my struggle as a person of color.

During this pandemic, my Chinatown church has intentionally served our community and reached out to surrounding neighborhoods. We’ve distributed food to Chinese and Latinos alike, who line up for hours outside our church. We’ve delivered food and masks to African American organizations in Chicago who better know how to distribute these items to those in need in their communities. We’ve also had teams help shop owners sweep up broken glass and restore some semblance of order to their looted stores. We’re slowly abandoning our insular attitude as we attempt to transform “the other” into “one another.”

These efforts are miniscule compared to the task ahead of us. Most importantly, this is what Jesus calls us to do as we collaborate with others “to set at liberty those who are oppressed, to proclaim the year of the Lord’s favor.” 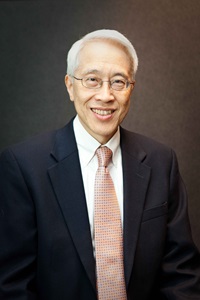 Three Ways You Can Engage Your Neighbors | The Exchange

What I Can Learn from the Life and Death of John...

One-on-One with Crystal L. Downing on ‘Subversive’ | The Exchange

People Are Being Discipled by Their Cable News | The Exchange

“By the Rivers of Babylon We Wept…”