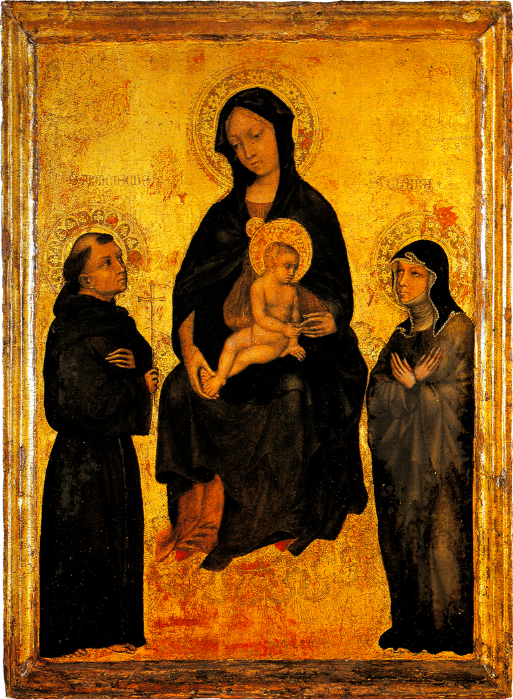 St Francis: A Kidnapping and a Creche, by Ruth Tucker

If there had been an Assisi Inquirer, the story would have been the headliner: “Thirty-year-old homeless man kidnaps seventeen-year-old girl.” The date was pre-dawn Palm Sunday, 1212. My segment on Clare in Extraordinary Women of Christian History begins thus:

Just when it seems it would be impossible to surpass the story of Heloise for sheer suspense and sex appeal, here comes Clare of Assisi (1194-1253). At first glance she is little more than one more medieval holy woman canonized a saint for a perfect life. But in many ways her story is every bit as fascinating as that of Heloise whose name seems incomplete unless paired with Abelard. So also, Clare and Francis.

Both Francis and Clare hailed from Assisi. Growing up in this walled Roman town, everyone knew each other. Clare was considered a beauty and enjoyed all the luxuries a girl could want as a daughter in a noble family living in a castle. She may have even daydreamed about the dashing young man a dozen years her senior. “Francis was one of those people who are popular with everybody,” writes G.K. Chesterton, “and his guileless swagger as a Troubadour and leader of French fashions made him a sort of romantic ringleader among the young men of the town.” Clare would become betrothed, however, to a man of her same social standing. It was an arranged marriage which she would reject when she came under the spell of Francis.

At thirty, he was no longer a swaggering Troubadour. Here is how Joan Acocella introduces him in an article in the New Yorker:

“Why you?” a man asked Francesco di Bernadone, known to us now as St. Francis of Assisi. Francis (1181/2-1226) was scrawny and plain-looking. He wore a filthy tunic, with a piece of rope as a belt, and no shoes. While preaching, he often would dance, weep, make animal sounds, strip to his underwear, or play the zither. His black eyes sparkled. Many people regarded him as mad, or dangerous. They threw dirt at him. Women locked themselves in their houses.

Francis had renounced family wealth to become a lone follower of Jesus. Then in 1208 he wrote in his Testament: “God gave me [two] brothers.” Within two years, the two brothers had increased to 12—that being the inauspicious beginning of the Franciscans. His motivation for his humanitarian ministry was simple: “Preach the gospel at all times, and when necessary, use words.” This timeless maxim, however, did not apply a few years later when he co-founded Clare’s Poor Ladies. They were cloistered behind high walls.

In my church history courses, I used to ask my students if Francis was married. Of course not was the obvious answered. But by his own account, he was married to “a fairer bride than any of you have ever seen.” She was the absolute love of his life, and he remained faithful to the very end. Her name? Lady poverty. Clare would later be married as well, as her written prayer indicates:

Draw me after you, heavenly Spouse . . .

our left hand is under my head

and your right arm blissfully embraces me;

and you kiss me with the most blissful kiss of your mouth.

Clare was dead serious about her vocation. Francis was a bit of a clown.  “Everyone who knew him,” writes Acocella, found “an extreme natural sweetness. He was courteous, genial, extroverted—he was fun, a quality not always found in saints—and he laid it upon the brothers, as a duty, to be cheerful.” And he was no doubt cheerful during the midnight caper when he kidnapped Clare.

For months they had conversed through clandestine rendezvous, going over every detail of his planned intrigue for her ultimate escape. What to do with her after that was not clearly stipulated.  Indeed, Francis was flying by the seat of his pants. He would figure it out when the time came. The family castle looked out onto the piazza, next door to the cathedral. It was in plain sight. Stealth was the key. When Francis and his comrades arrived, Clare escaped through an upper window. “The first stop on this underground railroad,” I write, “was a makeshift forest chapel where Francis and his followers were holed up. Here before an altar to the Blessed Virgin, Francis ceremoniously sheared off her long flowing hair, and then gave her his own course robe to wear instead of her fine gown and cloak. He then escorted her to a Benedictine convent for temporary lodging.”

Whether the audacious deed is deemed an elopement or outright kidnapping depends on perspective. Today a teenage girl whisked away in the dark of night at the bidding of a cult leader twelve years her senior would be considered a kidnap victim. And so she was even back then.

But how could this cult leader get away with it? Francis knew that Church law trumped local law. So when the local law officials arrived to forcibly take her home, she followed his directions and clung hard to the altar. In fact, so tenacious was she that her tattered gown tore as they tried to pull her away, exposing her cropped hair.  The altar and the hair were enough to convince the posse that they were not simply dealing with Francis. They were dealing with God—and his Church.

The Franciscans and Poor Clares are still active today. I’ve interviewed Poor Clares who have a ministry in Saginaw, Michigan, as well as Franciscan Sisters who have a farm located near Lowell, Michigan. Today there are upwards of five thousand Franciscan friars worldwide, and a Pope named Francis. Indeed, Clare and Francis have had a very long shelf life.

According to tradition, Francis was the first to celebrate with a live manger scene at Christmas. The year was 1223, and he was the perfect candidate to launch the tradition. He loved animals and he had connections. At the time he was residing near Greccio, some sixty miles south of Assisi, north of Rome. He borrowed animals and a wax figure of the holy infant, and volunteers stood in for Mary, Joseph and the shepherds. The Pope had given his approval, and the show was a big hit. For most passers-by it was truly a revelation. Mass was said in Latin, and most in the congregation had little understanding. They may have heard tell of the nativity, but in this setting the response was no doubt: Now, I get it.

And what about Clare and Christmas? Her story is not dated—indeed, probably better that way. We wouldn’t want to try to track the account down and prove her wrong. One Christmas Eve she was so ill that she was unable to attend midnight mass at the Church of St. Francis. She was alone, her sister nuns all having left their quarters and gone together in a group. But not wanting to leave her in sorrow, Jesus, to whom she had pledged her troth, came to her bed, lifted her up and carried her to the church a mile away. After the service was over, she was carried back the way she came. When the sisters returned, lamenting her absence, she explained that she had been there assisting at the altar and that she herself had partaken of the Holy Eucharist.

Unlike the live nativity created by Francis, Clare’s Christmas performance is not easy to emulate. Actually a live nativity is problematic as well, especially here in Michigan where temperatures sometimes drop to the single digits. But not to worry, local box stores display nativities with easy set up. Home Depot offers a “Nativity Scene Inflatable with Built-in LEDs Blow Up.” Walmart’s 6-foot inflatable carries a more appropriate religious description: “Holy Family Nativity” for only $119.99. Unfortunately, the 7-foot “Holy Family” at $140.00 is out of stock. But even the smaller in-store model is hard to get as one reviewer commented: “Cashier said that they sell out of this nativity every time a new batch is delivered, so we ordered it online. Love that this inflatable celebrates the true meaning of Christmas.”

This is what religious freedom is all about. Christians must stand in solidarity to defend Holy Family inflatables.

Churches Gather, That’s Part of What They Do: Thoughts on Ecclesiology...

The Apostle Paul: Partnership in Evangelism and Mission Part One |...

How Churches are Communicating and How They are Gathering … |...

Myth: Singleness is a Special Calling

“It is better for him if a millstone is hung around...