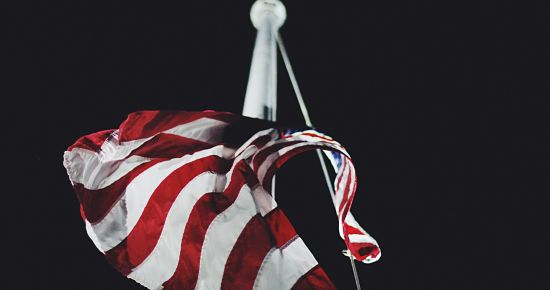 I have refrained from commenting on the last few weeks in American politics. This has largely been for selfish reasons: the constant news coverage, be it televised or “Twitterized,” has been, quite frankly, exhausting and I just did not have the energy to comment on any of it. Of course I am talking about the media circus surrounding the appointment of Brett Kavanaugh to the United States Supreme Court. While the crazed nature of the event has been there from the start of the whole process, it reached new heights of insanity with the investigation into claims that Brett Kavanaugh sexually assaulted Christine Blasey Ford when they were teenagers.

Now, when I say that this whole process was “insanity” I do not for a minute mean this in regards to Ford’s allegations. Sexual assault is a blight upon society and especially at the elevated rates in which it happens to women in America. Ford’s testimony was clearly that of a woman who had suffered severe trauma that has stayed with her throughout her life. Whether Brett Kavanaugh did indeed commit such a sin is beyond the scope of this post. Indeed, it was beyond the scope of a judiciary committee and should have been fully deferred to a conventional court of law, and not just an abbreviated FBI investigation.

Did Kavanaugh in fact do it? He may well have. Unfortunately only he and Ford will ever know for sure, as the senators and those in charge of the investigation were clearly more concerned with scoring partisan points than finding out the actual truth of the situation. At least for me, it became clear very quickly that none of the Democratic or Republican senators actually cared about either Kavanaugh or Ford. They were simply pawns; political proxies for the warring ideological extremes that now characterize America’s two political parties.

Really though, this is all indicative of a larger transition toward idolatry in the post-Christian West. The decline of religious observance and the rise of the immanent frame of secularism (philosopher Charles Taylor’s term for the effect wherein secular cultural discourages thinking or discussing anything beyond the mundane, immediacy of everyday life and so the self is “buffered” from any contact with the divine or larger, teleological goals) has not led to a “religionless” society, where all differences are erased and some utopian vision of the world has been established. John Lennon’s vision in “Imagine” has not happened. Rather than a utopia emerging, society has has erupted in ideological flames. The ultimate devotion that was previously preserved for the religious sphere has now been transferred to the realm of politics. To quote the perennially pertinent G. K. Chesterton from his lecture, “Christendom in Dublin”: “Once abolish the God, and the government becomes the God. That fact is written all across human history.”

What does this all have to do with the insanity surrounding Kavanaugh’s appointment process? As I mentioned above, Kavanaugh and Ford were representative proxies for the two parties. Part and parcel of this was the immense amount of existential weight that each side put upon the outcome of the hearings. For Republicans, nothing less than the reputations and safety of decent (well, seemingly decent anyway) family men and conservative family values were at stake. If Kavanaugh could be so viciously brought down by the left than who indeed is safe from this radical progressivism? Similarly for Democrats, nothing less than liberal democracy and the modern secular utopian ideal (or dystopian, depending on whom you ask) itself was at stake. Behind all of this though, was exactly what Chesterton diagnosed nearly a century ago. Both parties—and the divided American public—demonstrated that their source of ultimate worth was grounded in the fickle finitude of human governance and rule.

It is at times like this that I am continually drawn back to the admonition of the Psalmist when it comes to the trustworthiness of human rulers, whether they are emperors, kings, senators or presidents:

Praise the Lord, O my soul!

2 I will praise the Lord as long as I live;

I will sing praises to my God all my life long.

3 Do not put your trust in princes,

in mortals, in whom there is no help.

4 When their breath departs, they return to the earth;

on that very day their plans perish.

5 Happy are those whose help is the God of Jacob,

whose hope is in the Lord their God,

6 who made heaven and earth,

the sea, and all that is in them;

7 who executes justice for the oppressed;

who gives food to the hungry.

The Lord sets the prisoners free;

8 the Lord opens the eyes of the blind.

The Lord lifts up those who are bowed down;

the Lord loves the righteous.

9 The Lord watches over the strangers;

he upholds the orphan and the widow,

but the way of the wicked he brings to ruin.

10 The Lord will reign forever,

your God, O Zion, for all generations.

We live in an age that has relegated God to the margins of everyday life. Indeed, the immanent frame of our secular age depends on people not asking questions about the deeper things in life. For as soon as people do, they begin to see just how fragile our modern socio-cultural political constructs are. “Put not your trust in princes,” says the Psalmist, cognizant of how the failings of Israel’s rulers and kings brought nothing but oppression and eventually exile, “in mortals, in whom there is no help.”

Every human leader, every human governing institution, is fallible, fickle, fragile, and ultimately finite. In the grand scope of time, they are here one minute and gone the next. And yet, the Kavanaugh hearings (indeed the whole political climate for the past few years) would have us believe that all hope hinges upon the outcome of which political and ideological camp triumphs in the end. Of course, none of this is new. It is just that we humans have, once again, forgotten the fact that power has always been one of the most tempting of idols. See what Augustine says in regard to the Psalmist’s words:

A Christian sees this, poor, proletarian, moaning and groaning at his daily drudgery, and perhaps he says to himself, “What’s the good of my having become a Christian? Has it made me any better off than that fellow who isn’t, than that guy who doesn’t believe in Christ, than that so-and-so who blasphemes my God?” That psalm warns him, “Do not put your trust in princes.” Why do you take pleasure in the flower of the field? “All flesh is grass,” says the prophet [Isa. 40:6]. He does not merely say it, he shouts it. The Lord shouts to him: “Shout,” he says. And he answers, “What shall I shout? All flesh is grass, and all the honor of the flesh as the flower of the field. The grass has withered, the flower fallen.” So has everything perished then? Heaven forbid! “But the word of the Lord abides forever.” Why take pleasure in grass? Look, the grass has perished. Do you want to avoid perishing? Hold fast to the Word.

So too in this psalm. Perhaps a poor, lowly Christian had his eyes fixed on a pagan, rich and powerful perhaps, had his eyes fixed on the flower of the field, and was perhaps halfway to choosing him for a patron rather than God. The psalm has a word for this person: “Do not put your trust in princes and in the sons of people, in whom there is no help.” He immediately replies, “It cannot be speaking of this person, can it? He was very well off. Look how healthy he is. This very day I see him flourishing. It is me, rather, who am constantly and miserably ill.” Why are you obsessed with these things as the only means of pleasure and satisfaction? That is not well-being. “His spirit will go out, and he will return to his earth.”

“All flesh is grass.” As Augustine echoes these words of the prophet Isaiah, he illustrates just how fleeting our mortality is. How utterly like withered flowers are all our institutions and structures. And yet we invest them with the worth that is only really properly placed in the eternal, He Who is not subject to the fluctuations and contingencies of time, decay, corruption, or change.

Let me be clear, the Kavanaugh debacle should make us very aware of just how reprehensible and widespread sexual assault is. But it should equally show us how foolish we are to place our hope in political parties, politicians, and even the “promise” of democracy. None of them will save us, for they are mortal things, “in whom there is no hope.” It is not a matter of “if” they will let us down but “when?”

How foolish we are as a race, and how gracious is the Creator for preserving us and delivering us from our self-induced oppression and enslavement to idols.

Do not put your trust in princes, especially not in Senate Judiciary Committees in 2018.

Despite COVID-19, Evangelicals Mobilize for Mission in Europe | The Exchange

Darrin Patrick’s Death, His Love for Pastors, and How We Need...

The COVID-19 Crucible: Confronting Our True Selves | The Exchange

Andy Stanley on Not Gathering Until 2021 and What He’s Learned...