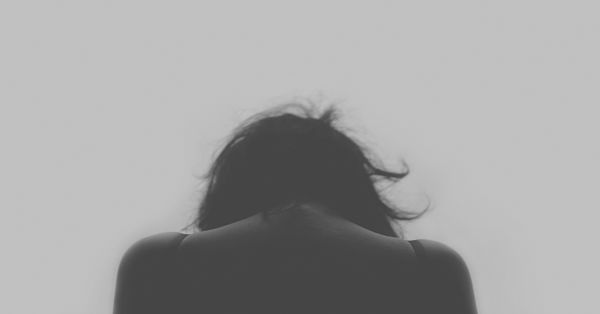 I’ve had trouble writing this. The murders committed at the Tree of Life – Or L’Simcha (Hebrew: “Light of Joy”) synagogue on Oct. 27th, just short of a week ago, have left me feeling numb. Normally I have quite a few thoughts on the trending cultural and political rumblings. This time though, I’m left with little to say. That is probably a good thing, since a tragedy that is as tinged with malevolence and sorrow as this one requires silence before anything is said.

Acts of anti-Semitic violence tend to strike at me with more force than other atrocities of hate. Of course I am revolted by similar cruelties committed against black, Asian, Latino/a, and other minority groups. The desecration of any human being—image bearers of God—is always an anti-creation act, one that ultimately finds its roots in the pit of Hell.

I think that acts of violence against Jews strike we with a particularly moral force though, due to some of my own study into the horrors of Nazism and the Holocaust. The level of inhuman cruelty displayed in places like Dachau, Bergen-Belsen, and Auschwitz is so pronounced that in, all honesty, I think there must have been a level of society-wide demonic influence, combined with fallen human wickedness. It is not considered tactful, of course, to speak of something so “medieval” as demonic possession in our secular age. But such a preference is born of naïveté, rather than of facing the sobering realities of human history.

Another reason I find such hate-fueled acts so painful is because so many of them have been perpetrated over the centuries by people who have called themselves Christians. If the post-apostolic Church (after the Jerusalem church diminished post-70 AD) must have an “original sin” it is a sowing of the seeds that would lead to terrors such as we saw on Oct 27th in Pittsburg.

Of course the early Christian Fathers did not intend for such things to happen. And at the time of their writings, Judaism was a religious majority compared to the fledgling Church. Both early Christianity and what would become Rabbinic Judaism were both offshoots of Second-Temple Judaism. In the words of N.T. Wright, both Christianity and Judaism are “estranged sisters” born of the complex religious milieu that was Second-Temple Judaism. For the early Church Fathers, Jews were a larger, more powerful group that was viewed as a licit faith by the Roman Empire, whereas Christianity was, in the eyes of the emperor, a suspect Jewish sect at best and a seditious cult at worst.

Regardless of the complex history of Judaism and Christianity, the fact remains that later medieval theologians and Reformers (particularly Martin Luther) wrote some horrid things about the Jews of Europe. And those words were further twisted and abused by madmen like Hitler, Himmler, and Eichmann. And that twisted ethos, that infection within Western Christendom, is still tragically with us.

On Oct. 27th a madman, drunk on vitriol, alt-right propaganda, and driven by darkness, murdered 11 Jewish worshipers and destroyed the lives of many others. The horrors that we thought our grandparents stamped out with the death of Hitler and the trial of Adolf Eichmann reared their heads again, this time in an American synagogue.

We became complacent. We could not see the anti-Semitism that so many had boiling within themselves, just below the surface. We said, “It can’t happen here.”

There is not much more to say at the moment. For now, there is only the lament of the Psalmist:

1 By the rivers of Babylon—
there we sat down and there we wept
when we remembered Zion.
2 On the willows there
we hung up our harps.
3 For there our captors
asked us for songs,
and our tormentors asked for mirth, saying,
“Sing us one of the songs of Zion!”

We Christians weep with our estranged sister faith right now, with the same psalms of lament that the Hebrews of old bequeathed to us. The split that occurred those centuries ago between Christianity and Judaism remains one of the world’s great tragedies. And we have the sins of our forefathers to atone for. For we Christians must never forget that it is a resurrected, Jewish Messiah and King to whom we swear our allegiance. Christ sits at the right of the Father not as some ambiguous, disembodied being, but as a Galilean Jewish man, “descended from David according to flesh,” in the words of the Apostle Paul.

And of course that is the irony of anti-Semitic madmen like Robert Bowers. They have already lost. For Christ already reigns over the cosmos in his embodied, first-century, Jewish flesh. As such, the most Christian of acts is to oppose anti-Semitism wherever it rears its hideous head. For us Christians there is no quarter for hatred of any human being, and especially not of those whose faith closest to us in historical lineage.

For now though, with the collective grief of our Jewish neighbors still raw, we sit and we weep with them, by the rivers of Babylon.

Andy Stanley Explains Why His Megachurch Won’t Gather on Sundays Until...

Christ as Hero, Santa as Helper: How to Keep Christ the...

When Culture Tilts Away from your Church | The Exchange

Re-centering the Conversation | The Exchange